Mosquito Lagoon is one of the most unique bodies of water in the world with very shallow flats and many species of fish and wild life inhabiting this area.  It makes for a ultimate fishing destination.  Mosquito Lagoon is known for its large schools of redfish roaming the flats in just inches of water but what a lot of people do not realize is the excellent Speckled Trout fishery that we also have. This is one of very few places in the world that you could on any given day have the chance to catch a world record Trout along with sight casting a school of tailing redfish all in the same day. redfish and Trout are not the only species of fish that reside in Mosquito Lagoon.  During the winter months we have a great number of Flounder and the summer months bring in schools of Tarpon,  just to mention a few.  If taking in the scenic views from the water is more your style then this is a great place because behind every island there is a new adventure, whether it’s a Alligator cruising across a flat or Dolphins and Manatees playing among themselves there is always something to take in on the Lagoon.  So call us today and let Spot N Tail Charters show you the true Florida. 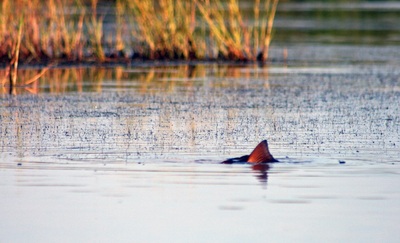 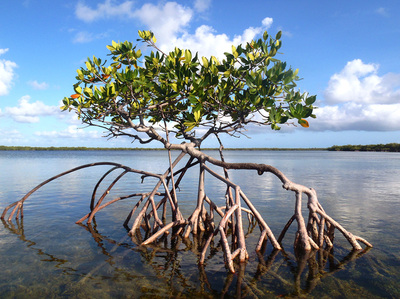 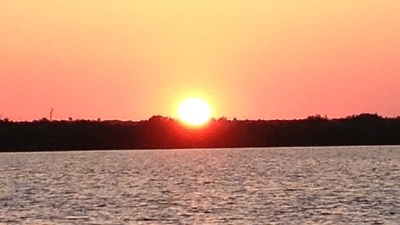 BOOK A TRIP
The Mosquito Lagoon, also known as Indian River Lagoon, is located along Florida's east coast. It stretches from Ponce de Leon Inlet to Haulover Canal, spanning over 156 miles and covering a total of 1,000,000 acres! Fun fact: the lagoon has been called one of the most biologically diverse estuaries in North America.

The lagoon is separated into three sections: North, Central, and South. The North is located near the Kennedy Space Center and features an abundance of creeks and tributaries, making it ideal for fishing and boating. The Central portion is situated in the middle of the three sections, containing wetlands and large expanses of shallow waters. The South portion is connected to the Indian River and is a great spot for fishing and kayaking.

The lagoon is also home to numerous wildlife species, including various fish species, manatees, birds, and dolphins. All of these creatures depend on the lagoon for their habitat, providing visitors with a unique opportunity to observe nature in its element.
Daytona Fishing Charter,Mosquito Lagoon fishing charter,New Symrna beach fishing charters,Daytona fishing trips,New Symrna fishing trips,Mosquito Lagoon fishing